​When A Little Dynasty Chinese School opened in the fall of 2010, it precipitated the end of the traditional Chinese school curriculum that had remained virtually unchanged in the U.S. since the 1970s. A Little Dynasty Chinese School pioneered a new kind of Chinese school: one specifically designed to (1) make learning Chinese fun and (2) make learning Chinese accessible to children from non-Chinese speaking families.

Since no “off-the-shelf” curriculum existed that was both fun and accessible at the time A Little Dynasty Chinese School opened, we developed our own proven curriculum and wrote and published our own textbooks and workbooks, and multi-media learning materials. ALD also wrote, performed and produced our own songs, CD albums, and music videos to help students learn Chinese.

Many of our teachers have advanced degrees such as master and doctorate degrees in education, foreign language instruction and psychology as well as certification in early childhood education.  Some of our teachers, have multi-subject or specialist teaching credentials, with NCLB compliance, and have experience teaching for Irvine USD, Saddleback USD, Fullerton USD, and other public school districts.

All of our teachers also have that special ability of making learning fun. Our teachers regularly attend training courses by the Southern California Council of Chinese Schols and the R.O.C. Overseas Chinese Affairs Council to ensure they know the latest in Chinese language instruction.  We also provide in house training for all of our instructors, including some special guest Mandarin and Chinese culture experts. 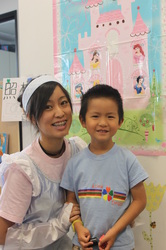 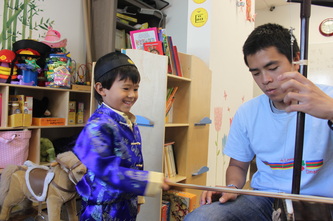 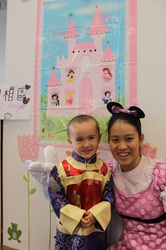