Why Children Should Learn a Second Language

Starting Young is the Ideal Time to Learn

Experts agree that the critical window for language learning is from birth to approximately ten years of age.  Moreover, the ability to speak a second language accent-free begins to diminish after age seven.  As any parent of a young child knows, young children are naturally drawn to learning new words so learning any language is quite natural for a small child.  A young child does not make a distinction between a first and subsequent languages and starting second language instruction early means a child can have more than one "first languages."  This golden opportunity for language learning should not be wasted.

Some research suggests that children who receive second language instruction are more creative and better at solving complex problems than those who do not.  In other words, learning a second language benefits other important skills besides language skills.  For example, Suzanne Flynn, a professor of linguistics and second language acquisition at the Massachusetts Institute of Technology, has stated that people who speak two languages have a “distinct advantage,” and that from an early age, bilingual people are “better able to abstract information…they learn early that names of objects are arbitrary, so they deal with a level of abstraction very early.”

While some parents are sometimes concerned that learning a second language will have a detrimental effect on children’s’ English ability, most studies suggest the opposite is true.  For example, the College Board reported that students who had averaged four or more years of foreign language study scored higher on the English section of the Scholastic Aptitude Test (SAT) than those who had studied four or more years of any other subject (College Board, 1992). 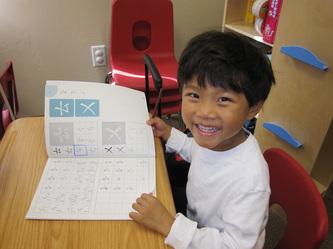 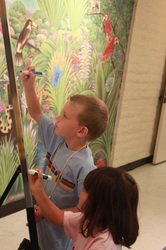