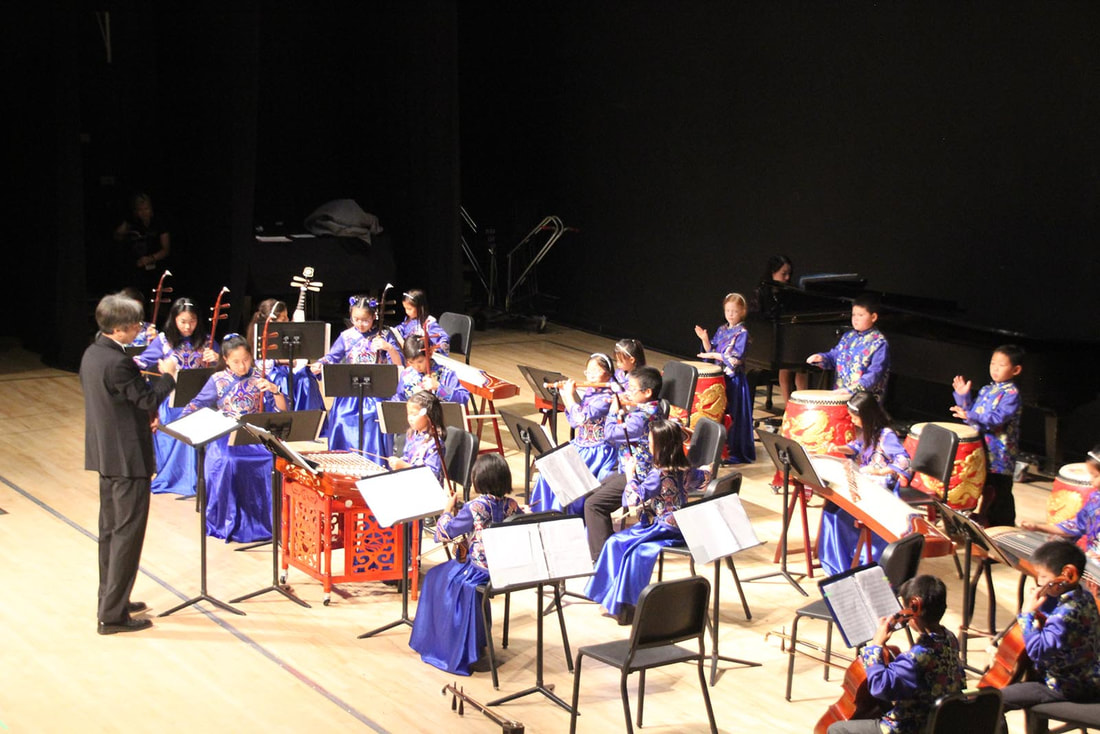 When the Republic of China (中華民國) was founded in 1912, its leaders set about to create a unified national identity out of the diverse traditions and cultures that made up imperial China.  The most important aspect of this effort was the creation of Mandarin Chinese, China's first national language.  See History of Mandarin Chinese.  Another aspect was the creation of a unified national Chinese musical tradition, which the Republic of China dubbed (國樂 "guoyue" or National Music). See History of Chinese Orchestra.

Music is an important part of Chinese life and China has had a rich musical tradition for thousands of years.  Some Chinese instruments still used today such as the dizhi and ocarina, date back thousands of years.  Music is so important in traditional Chinese culture that it was considered one of the Six Confucian Arts (六艺) that all upstanding Chinese were expected to participate in.

In keeping with the political ideology of its nationalist leaders, the Republic of China decided China should have a unified national musical tradition.  Because no common Chinese musical tradition existed, it needed to be created.

Beginning in 1927, the Shanghai Conservatory of Music deployed researchers across China to collect data about local music and instruments.  The Conservatory's scholars then synthesized their findings into a unified Chinese musical tradition.  They studied the various regional variations of traditional Chinese instruments, such as the erhu and, created a standardized version with a standard tuning.  These standardized Chinese instruments ("reformed instruments") were organized along the lines of a European orchestra.  Chinese musical notation and musical tones were also standardized along Western lines.

The result is known as guoye (國樂 or National Music).  In guoyue, the musicians are arranged like a European orchestra with a conductor and sections made up of families of instruments.  The reformed Chinese instruments correspond to the various sections (brass, string, percussion).  Most Classical Chinese music was rewritten for the new guoyue style.  Thanks to the efforts of these early pioneers, China today has an outstanding national musical tradition.